Miss Virginia USA 2021 and former WSET ABC 13 News reporter, Christina Thompson, will lead the Appomattox Railroad Festival as Grand Marshall on October 9. Thompson won the title of Miss Virginia USA on July 17 at the Carpenter Theater in Richmond. Since, she has spent her time volunteering for the Virginia Special Olympics, Smile Train, Runway for a Cure, and other local organizations. Thompson has incorporated her love of journalism into promoting the Miss Virginia USA organization by reporting on all her appearances and broadcasting them to local TV news stations in the form of her own news segment, Crown Time with Christina Thompson. When she is not volunteering, you can find her studying or reporting at the Columbia Journalism School in New York City as she pursues her master’s degree in Journalism this year. Thompson is ecstatic to be leading the Appomattox Railroad Festival parade this year!

“I feel so honored and blessed to have been chosen for this role,” says Thompson. “Appomattox has so much history. It’s a very special place. I got to know the people here so well when I was a news reporter in the area. I am proud to come back representing Virginia at the parade this year!”

Thompson is currently preparing for the Miss USA competition, which will be held in Tulsa, Oklahoma on November 29.  The winner will go on to compete for Miss Universe in December.

Christina Thompson is a native of Leesburg, Virginia and Miss Virginia USA 2021!

She is ecstatic to serve the commonwealth this year as she follows in her mother, Hallie Bonnell-Thompson’s footsteps, who was crowned Miss Ohio USA by Halle Berry in 1987. She absolutely, loves meeting new people, so if you see her out volunteering in your community, please stop and say hello. She’d love to get to know you!

Christina is pursuing her master’s degree in Journalism at Columbia University and freelance reports on the appearances she makes across the commonwealth, broadcasting them in the form of her own news segment, Crown Time with Christina Thompson. The intent of her segment is to shine a positive light on our wonderful state while helping encourage more young women to experience pageantry and its wonderful benefits.

She began her career as an on-air TV personality at the age of 15 when she started reporting for “Teen Kids News,” a nationally broadcasted news show geared towards educating kids and teens on current events. She went on to work in London, England for a sports production company called Sunset+Vine, where she focused on creating promotional videos for Olympic athletes. She then moved to Paris, France to study international affairs. Christina is inspired by women in positions of influence and leadership in the professional world. She was fortunate to intern for the first female new anchor of CBS Evening News and a 60 Minutes correspondent, Norah O’Donnell, while she was anchoring for CBS This Morning. Norah and her accomplishments, along with her strong team of female producers, have inspired Christina most in her career.

Christina is very passionate about creating opportunities for women and children. She is now blessed to serve as the creator and CEO of Purposeful Positions, a mentorship program which aids young women in finding and excelling at careers in the broadcast journalism industry. The program has a 100% success rate for placing young women in their first job within three months of their college graduation. And since the age of 13, she spent many summers teaching English and math to children living in an impoverished village in Guatemala.

She looks forward to being the best Miss Virginia USA she can, by bringing the message of compassion and love for humanity through volunteering across the wonderful Commonwealth of Virginia. 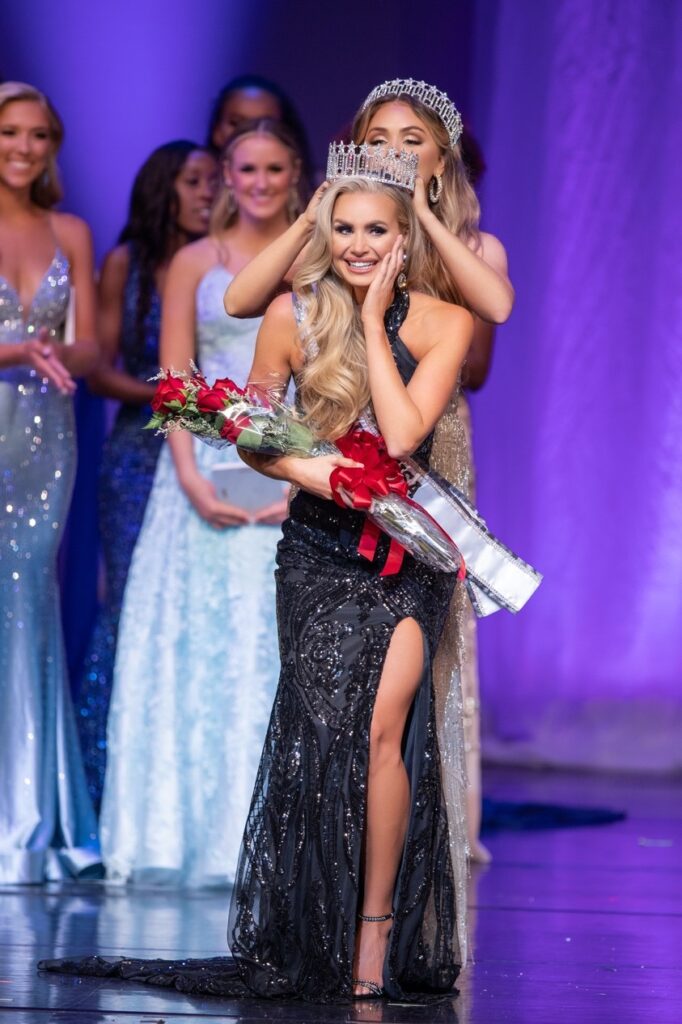